The Detail band is the central part of a report. Unlike other bands, it cannot be deleted - the present report structure includes the Detail band in its core. In a data-bound report, the contents of the Detail band are repeated for every data entry (e.g. if you're building a report listing, say, products, it will be rendered for each product in the database). And, if static data is also present in the Detail band, in the resulting report, it is repeated with each new entry. 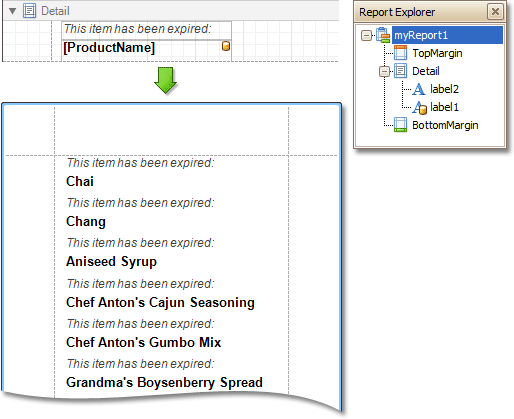 In the Property Grid, the Detail Band's properties are divided into the following groups: