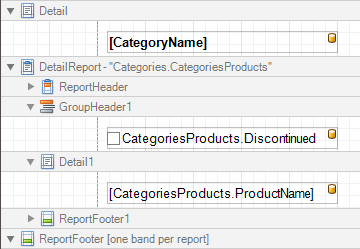 There can be an unlimited number of Detail Report bands nested inside one another. 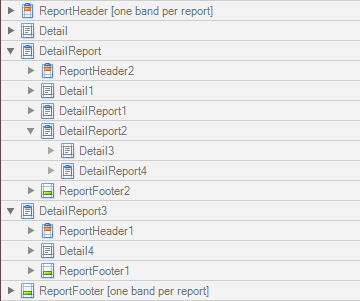 To add a Detail Report band, use the Context Menu. If the bound data source contains a data relationship, the submenu will contain an item with its name. Otherwise, add an unbound detail report and specify its data binding options later.

In the Property Grid, the properties of this band are divided into the following groups.